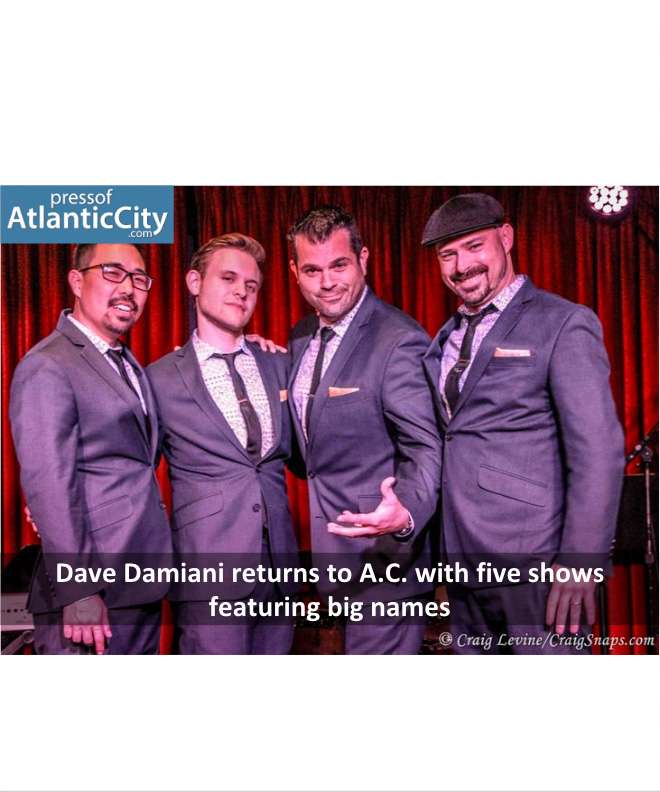 Dave Damiani is an American singer based out of Los Angeles. Having worked as a bartender at the famed CHARLIE O’S JAZZ CLUB in Valley Village, CA, Dave Damiani had the opportunity to work, learn and become friends with some of the best musicians in the world.

Recording studio legends like Earl Palmer, Marty Harris, Ross Tompkins, and many more took time to mentor Dave, share stories and chord changes.  Shortly after receiving his master’s degree in Commercial Music from the California State University in Los Angeles, Dave began his pursuit to put together the perfect band with youth and style.

Too Close For Comfort