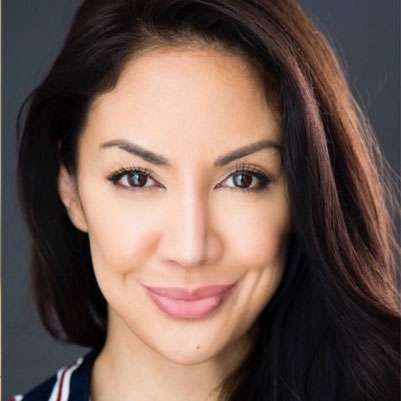 Classically trained and well-versed performer, Edelyn Okano has appeared in live theater and recurring roles for daytime and primetime and cable television. From an early age, Edelyn had a love of movies and television and was a classically trained soprano performing in musical theater productions at the age of five. In her childhood hometown in British Columbia, she became a member of the Bel Canto’s Children’s Choir at the age of seven. As a graduate of the American Musical and Dramatic Academy in New York, she also was recently part of “Mamma Mia” with the East West Players in Los Angeles.

Edelyn co-wrote and performed in “Jeremy Lin, The Musical” at the Zephyr Theater in addition to working with the Labyrinth Theater Company (which had former artistic director Philip Seymour Hoffman) at the Public. As a member of SAG/AFTRA/AEA, she has been a recurring guest on many award-winning shows such as “Designated Survivor,” “Grey’s Anatomy,” “Hand of God,” “Brooklyn Nine-Nine,” and “Jane the Virgin,” to name a few. Okano will also be seen in the upcoming, much-anticipated feature film “Torrance” starring Ben Affleck.

Edelyn is Filipino and Japanese descent. As an advocate for diverse representation of Asians and Asian-Americans in mainstream media, Edelyn divides her time between Los Angeles and New York and Canada.

Edelyn is involved in charities for animals and women. She is involved the Humane Society of the United States (HSUS). Additionally, Edelyn is involved with charities that provide initiatives to the rehabilitation of homeless women and helping reintegrate them into the workforce, such as Dress for Success.