Over the past two decades, filmmaker Jeremiah Samuels has Executive Produced some of the most successful major motion pictures guided by the most influential directors of our generation, from Robert Redford’s (“Conspirator”) and Lasse Hallstrom’s (“Dear John”) to Jim Sheridan’s (“Brothers”), a Golden Globe nominee and Jon Turtletaub’s (“Last Vegas”). His next feature release, the highly anticipated thriller-mystery (“A Secret in Their Eyes”) directed by Billy Ray, makes its world premiere on November 20.

Samuels was a renowned Production Manager before entering the ranks of producing. He has served as a versatile Executive Producer on various film projects including “The Congress,” which opened the Cannes Film Festival during the Directors Fortnight, starring Robin Wright and Paul Giamatti; the popular children’s comedy “Diary of a Wimpy Kid: Dog Days”; “Big Momma’s House: Like Father, Like Son” and the acclaimed cutting edge modern romance, “The Rules of Attraction,” directed by Roger Avary (co-writer of “Reservoir Dogs,” “Pulp Fiction” and “True Romance”) and written by Bret Easton Ellis (writer of “Less Than Zero,” “American Psycho” and “The Informers”).

He most recently was an Executive Producer on the outrageous hit comedy “Let’s Be Cops,” recently released comedy/adventure “A Walk in the Woods” (starring Robert Redford) and upcoming action thriller “Sleepless Night” (starring Jamie Foxx).

His company Skillful Entertainment was formed in 2006 and is a widely-respected and versatile, full-service film production company that takes projects to their fullest potential. www.skillfulentertainment.com 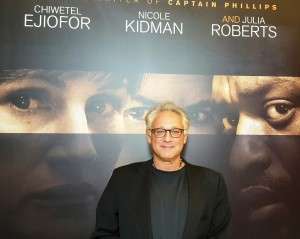